Outdoor Empire
Home Rifles What Game Can You Hunt With a .308 Rifle? (List of Animals) 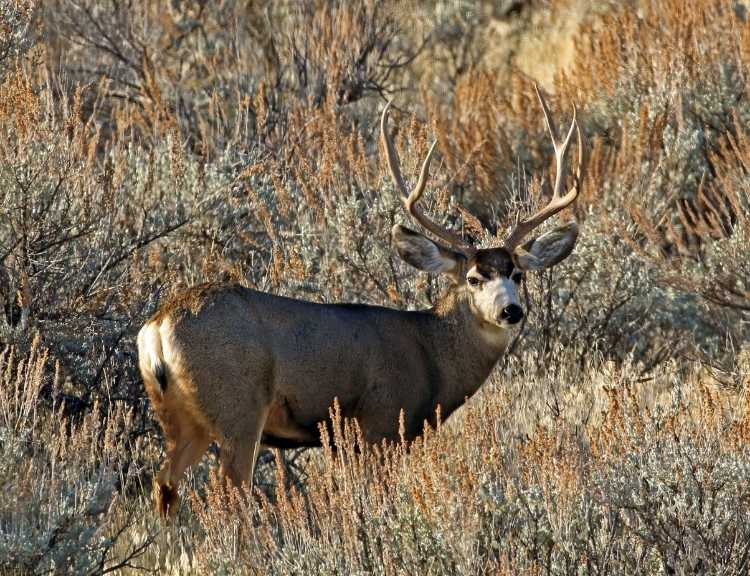 The .308 Winchester is a very capable cartridge, capable of taking many game types in North America.

Like any cartridge, though, .308 has its limits. It’s not strong enough to take certain large game and is too powerful for some small species.

Overall, though, .308 is in a sweet spot of power that lets it hunt most big game species in North America.

Read on to get into the nuance of what makes .308 good or not for various species of game.

Why is .308 Winchester a Good Hunting Cartridge?

.308 Winchester is part of the same lineage as 7.62×51 NATO, which means that compatible military surplus ammunition is relatively inexpensive and readily available.

Cheap ammo draws many shooters to a cartridge, which increases the number of potential customers.

Ammo manufacturers take advantage of this potential demand by designing and releasing high-quality hunting ammo. This draws in more hunters to use the cartridge.

This feedback loop means that modern hunting .308 is highly effective and less expensive than other specialty calibers.

Combine this with .308’s moderate recoil and weight, and you get an excellent jack-of-all-trades hunting cartridge.

Decades ago, .308 was considered to be just barely powerful enough to take elk reliably.

However, bullet technology has improved, and now you have access to high-quality .308 bullets that can take down an elk with ease.

This puts moose at that level of “I can, but should I?”

As for predators, .308 is effective against every meat-eater in the US except for grizzlies and polar bears.

You might be able to put one of those furred hunters down with a .308 bullet, but if it fails, do you want to risk retaliation?

As capable as .308 is, it’s not powerful enough for reliably taking down certain animals.

Some people are willing to take a shot against moose with .308, but I’d rather carry a rifle I know will work on the first shot.

What’s the Smallest Animal a .308 will Kill?

This may surprise some people, but .308 can be too powerful for some animals!

A hunting bullet needs to expand and impart kinetic energy into the target. Otherwise, it’ll poke a hole through without causing the devastating damage necessary for a quick, ethical kill.

Alternatively, it can expand too much, ruining large amounts of meat and making parts of the hide unusable.

The smallest animals I’d hunt with a .308 rifle are coyotes, wild pigs, mountain goats, and the smaller species of deer, such as Sitka Deer.

.308 is overkill for any animal smaller than a coyote.

Smaller-caliber cartridges such as .243 Winchester or .223 Remington/5.56 NATO are better choices for varmints and small animals.

List of Animals You can Hunt with .308 Winchester Rifles

Here’s a list of animal species and some subspecies suitable for hunting with .308:

What Animals can You Hunt with a .308 Outside of North America?

You can also use .308 rifles on big game outside of North America, so long as they are about the same size as any animals on the above list.

When in doubt, use what the locals use!

For African plains hunting, the standard advice is that .308 is good against eland antelope and smaller.

Here’s a non-comprehensive list of animals that have been taken with .308:

Again, I advise you to learn what’s recommended by people experienced with hunting the species you want to hunt.

I will point out, though, that familiarity with your firearm can give you an edge over a more capable gun that’s new to you if .308’s performance is marginal against the game you want to hunt.

Which Bullets should You Use when Hunting with .308?

Part of why .308 is such a good hunting round is the variety of loads available.

The most common bullet weights are 150, 165, and 180 grains. Heavier bullets will have a higher ballistic coefficient for greater penetration and long-range performance at the expense of less initial velocity and a more immediate bullet drop.

Generally, you’ll use heavier bullets on a larger game.

Focus on bullet weight retention, too. Bullets with more retention will penetrate deeper but at the expense of widespread tissue damage that can cause an animal to drop immediately.

A high-retention heavy bullet may not be as effective against a whitetail deer as a lighter bullet with only 70% retention.

Controlled-expansion 165 gr bullets such as Hornady InterLock or Nosler Partition are the go-to bullets for many people for almost any game species.

Solid copper bullets, aka monolithic bullets, are great for animals with dense muscles such as moose and bears. They reduce lead contamination, too!

Though the .308 is a very capable round, it’s not the best choice for everybody.

A smaller bullet in the same case will have a better ballistic coefficient, increasing long-range performance. .270 Winchester, .260 Remington, and 6.5 Creedmoor are long-range alternatives to the .308 Win cartridge.

Sometimes, though, you need more energy instead of more velocity. This is when .300 Win Mag, 7mm Remington Magnum, and .338 Federal are worth examining.

I also like .45-70 Government for the brown bear country, though it’s a shorter-ranged big game cartridge.

A .308 Winchester rifle loaded with high-quality bullets such as Barnes TSX, Sierra GameKings, and Hornady SST can take almost any animal in North America.

Whether you’re hunting pronghorn, elk, or any animal in between, your .308 rifle will serve you well.

What animals have you hunted with .308?

Technically, yes. However, brown bears are dangerous, and a single .308 bullet may not lay them down.

Take it from an Alaskan hunter: If you’re going to hunt grizzly bears, you want either a bigger rifle or a friend with a bigger rifle to back you up. Your .308 likely won’t drop that aggressive bear in one shot.

.308 will take down pigs with no problem.

However, it can destroy large amounts of meat. So, if you want to harvest them, I’d use a smaller cartridge such as 6.5 Grendel.

There are four subspecies of moose in North America: Alaskan, Eastern, Western, and Shiras.

Shiras is the smallest subspecies and is the most suitable for taking with .308. The others are too large for reliable takedowns.

.308 will devastate varmints, but you may not be able to recover much of the hide. It’s overkill for small animals like varmints.

A high-quality, monolithic .308 bullet may have the penetration required to tear through a T-Rex’s heart or break through its braincase, but a more powerful firearm is recommended to ensure a one-shot kill.

Pros and Cons of .308 Rifles: Great Gun, But Not For Everyone